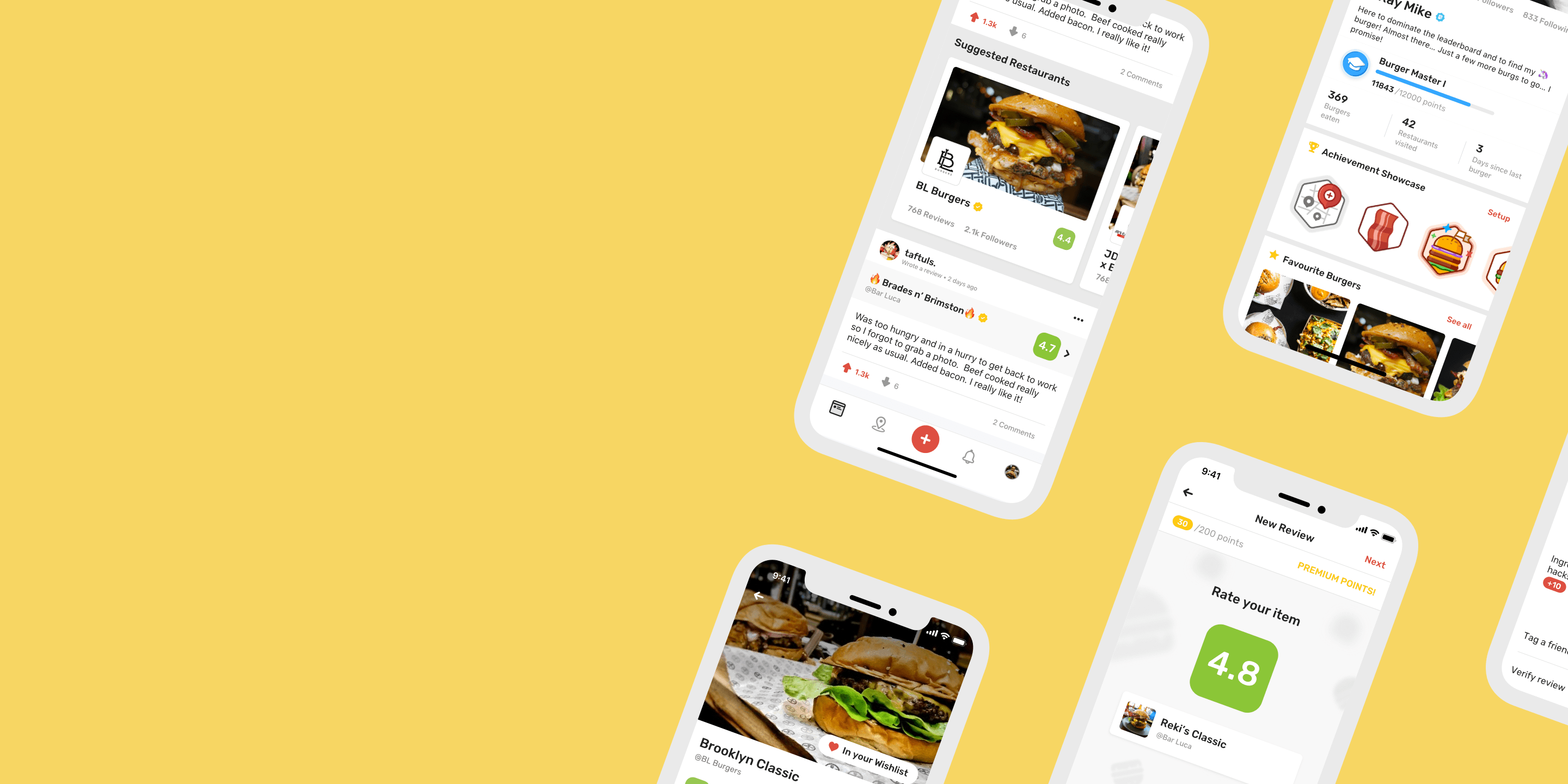 Putting Burgers on the Map Down Under

Try to imagine the following: You love burgers, and you often find yourself in an unfamiliar part of town without having any idea where the closest burger place is. This has happened so many times to Kieran Warwick, the startup's CEO and co-founder. "Isn't this annoying?" he thought. "It sure is" - the startup muse replied. So he decided to do something about it - he sought out to find the best people for the job, gathered a team, they made a plan (lots of those actually) and soon enough they were on a quest to solve every Australian burger aficionado's problem with 5 delicious words: "There's an app for that."

In 2016, we helped them launch The Burger Collective.

Where to burg today?

When designing a product of this scale, the biggest challenge was how to engage users and make them want to become active members of the community - share honest reviews and personalize their profiles.

So how exactly do you know if this particular burger you have just tried compares to the others? Because every single review is verified, The Collective guarantees that you will always be in the know who's the best. Also, premium restaurants incentivize users to eat at theirs by awarding double points for reviews. 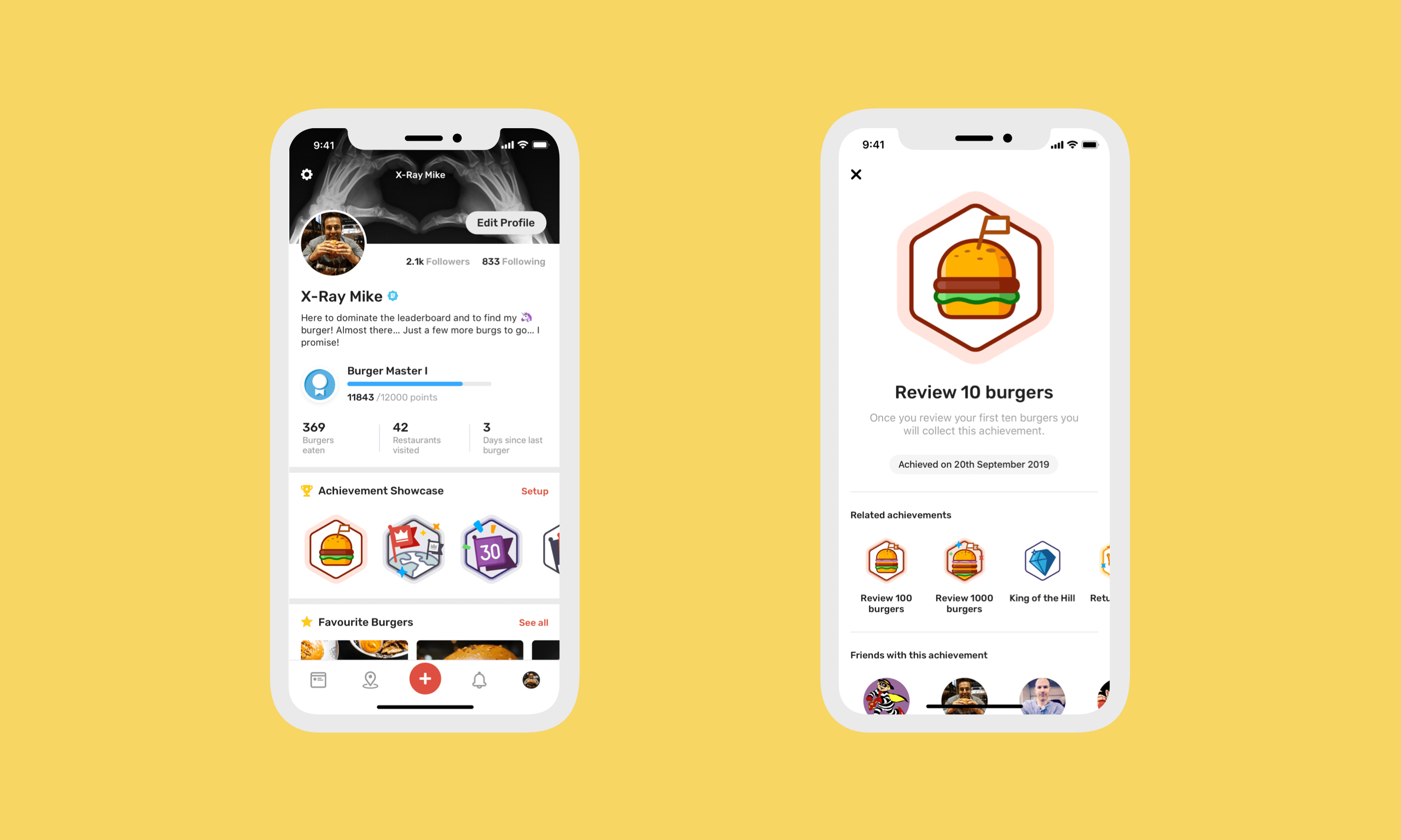 The idea behind the badges was to inspire a positive and warm-hearted competition within the community. By adding a gamification element, the app becomes a personal achievement hub. We also made sure the achievements were tailored for highly individual tastes — no user has the same set of badges. You start out as a Burger Noob with the goal to, as you try and review more and more burgers, gradually rise to the top of the leaderboard. It's all fun and games really until you eat your way to the level of Burger Grand Master. Now that's serious business. 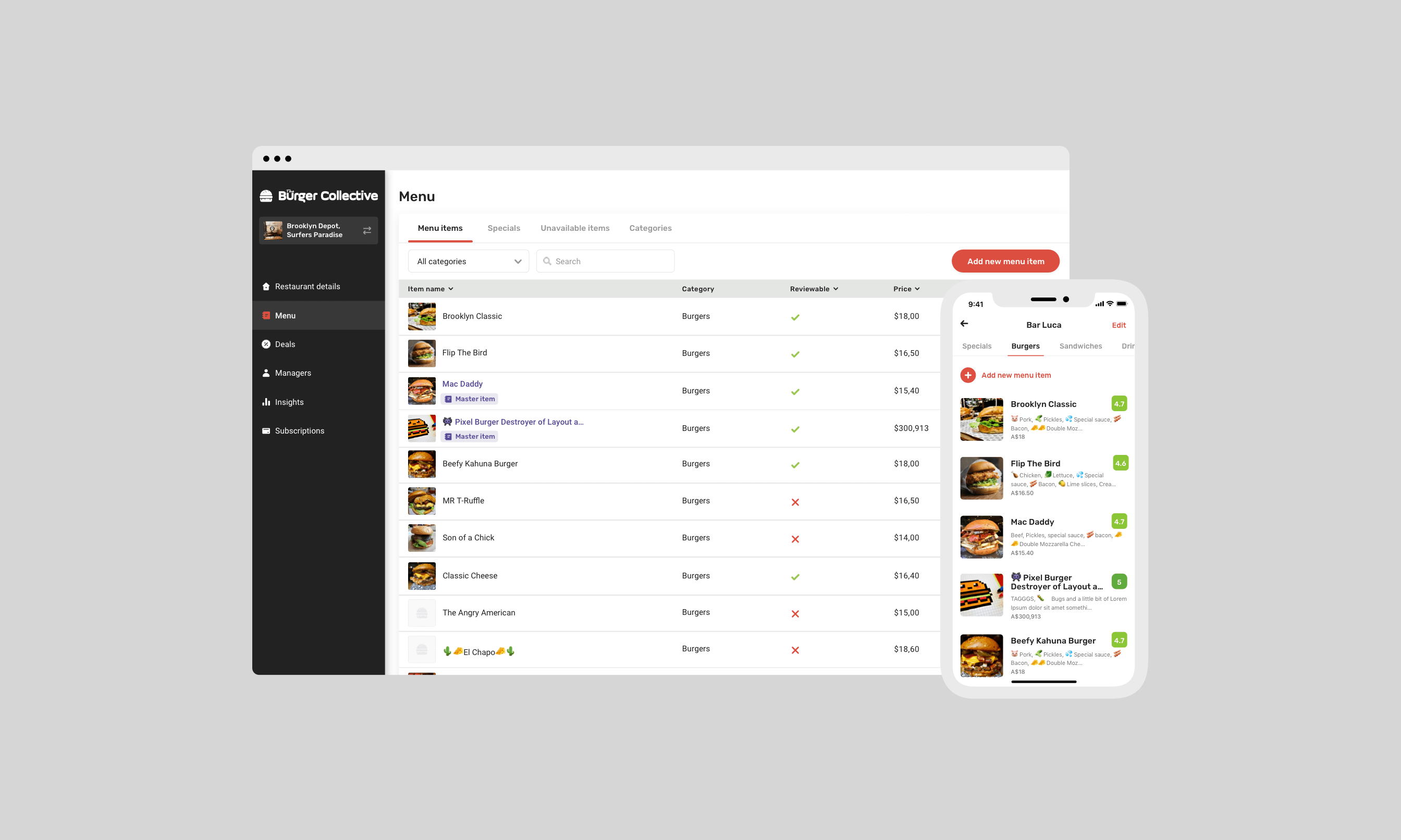 Inspired by craft burgers from Australia, the team decided to play with the branding and incorporate tasty details into the design. We wanted to achieve the effect of the app becoming "alive", so the first thing you see when you open the app are two dancing burgers as part of a loader animation. We also made a custom icon set and used animations as a form of feedback, where the user is rewarded for points and badges with flashy graphics and victorious sounds. 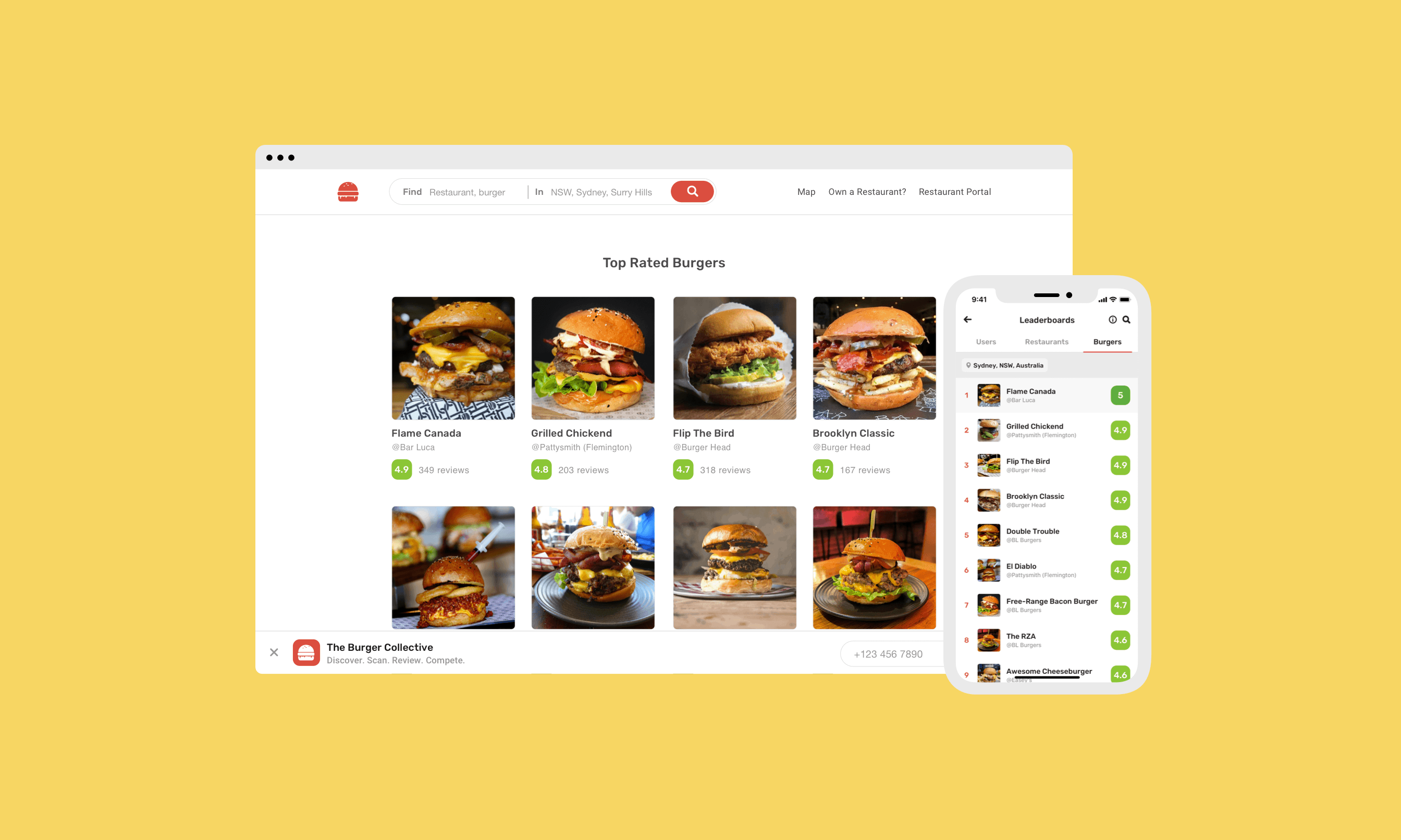 TBC isn't just your ordinary app—it's a community. As much as burgers are important, the way the app has been designed has in mind the user as a member of a large group of people and their mutual love for burgers. It inspires the exchange of opinions and experiences with features such as user tagging and encourages the rating of both venues and burgers with a moderated reviewing system. With this in place, we made sure the platform is positive vibes only. It also has in mind the restaurant owner — there's a restaurant portal that allows venues to promote specials and offer exclusive deals to premium members. Who wouldn't want in? 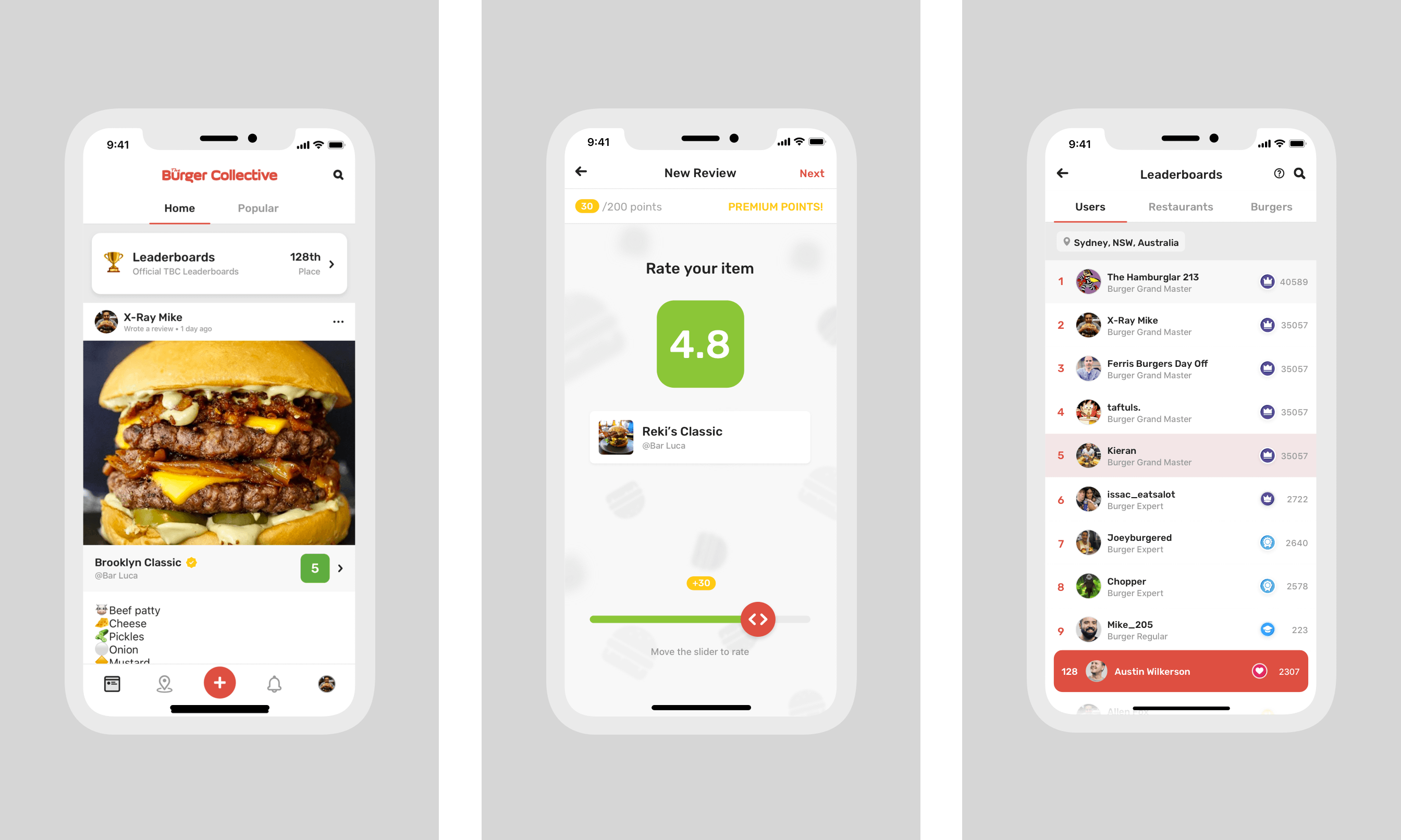 Since 2016, Neopix has been a key partner in supporting TBC's local debut on the Australian market. Since then, the app has seen several versions and has been upgraded with a number of new features. The app is being used by 45k people, which is like 1% of the population of Sydney. So in 2019, we decided to invest in their shares and support their international expansion as official partners. Global market, here we come! 🚀